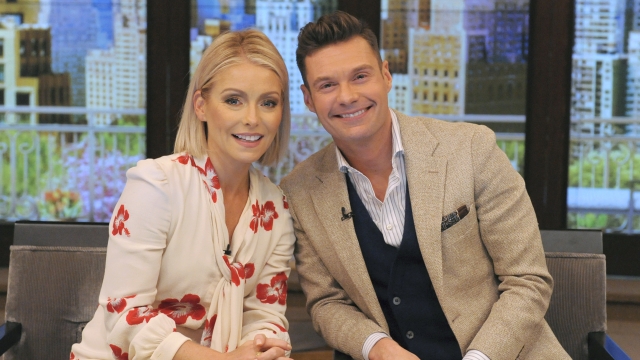 After almost one year of flying solo, Kelly Ripa has finally found a permanent co-host for her daytime talk show on ABC: Ryan Seacrest.

The former "American Idol" host is filling the seat left open by Michael Strahan, who departed the show in May 2016 to join ABC's "Good Morning America."

Fans were shocked by the network move last year — but perhaps no one was more shocked than Ripa, who was reportedly told about Strahan's departure just 30 minutes before the press got word.

"It started a much greater conversation about communication, consideration and, most importantly, respect in the workplace," Ripa said during her first appearance on the show after the announcement was made.

Since then, Ripa has worked with dozens of guest co-hosts: 67, to be exact.

Seacrest is definitely a high-profile choice as a permanent co-host. Aside from his work on "Idol," Seacrest hosts two nationally syndicated radio shows. And he's the producer behind hit shows like E!'s "Keeping Up with the Kardashians" and the Jennifer Lopez-led "Shades of Blue" on NBC.

"I couldn't think of anyone I'd rather share this new chapter with than Kelly Ripa — she's a dream broadcast partner, and I can't wait to start," Seacrest said in a statement.

But some fans were hoping ABC would pick a woman to co-host alongside Ripa, who told People magazine last year that she "[liked] the dynamic" of two female hosts.

As of Monday, the show is now called "Live with Kelly and Ryan."