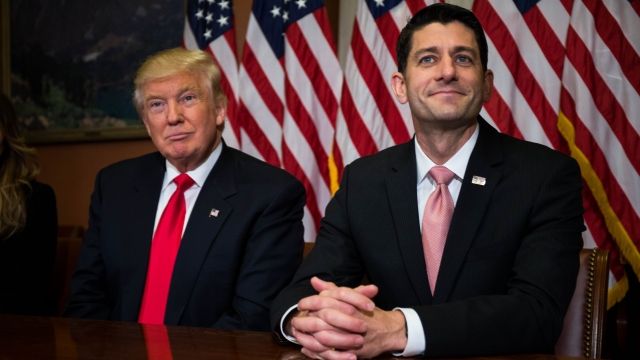 After failing in their first attempt to pass health care reform, President Trump and House Speaker Paul Ryan are pressuring congressional Republicans to make sure the next attempt is successful.

Ryan said if House Republicans don't get a bill on the president's desk, Democrats will.

"What I worry about, Norah, is if we don't do this, he'll just go work with Democrats to try and change Obamacare," Ryan said to Norah O'Donnell on "CBS This Morning."

Trump has signaled he'll work with Democrats on health care, but only if the Affordable Care Act falls apart and liberals are forced to reach across the aisle.

Trump hasn't been able to win over Republicans — particularly the hard-line right-wing House Freedom Caucus. He threatened to make sure its members lost their 2018 elections, but that didn't convince them.

Since the health care bill's failure, Trump has continually tweeted about the Freedom Caucus undermining the bill. He said the ultra-conservative voting bloc "will hurt the entire Republican agenda."

Both Ryan and Trump spoke of their eagerness to work on tax reform, but Ryan said it's not as doable with the trillion dollars in taxes from Obamacare still weighing on the American tax system.