GOP Leaders Have Heard Roy Moore's Defense, And Many Are Skeptical 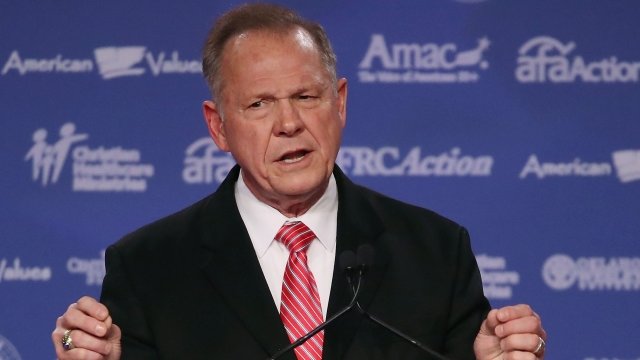 SMS
GOP Leaders Have Heard Roy Moore's Defense, And Many Are Skeptical
By Ryan Biek
By Ryan Biek
November 14, 2017
House Speaker Paul Ryan said the allegations against U.S. Senate candidate Roy Moore "are credible" and that he should exit the race in Alabama.
SHOW TRANSCRIPT

Roy Moore said the sexual misconduct allegations against him are "fake news," but several high-profile Republicans aren't dismissing the accusations so quickly.

Related StoryAnother Woman Has Accused Roy Moore Of Assaulting Her

That echoes a statement from Senate Majority Leader Mitch McConnell. On Monday, McConnell said he believes the women and said Moore should step aside.

Many Republicans — including President Donald Trump — said Moore should leave the race if the allegations are true. But a growing number of GOP lawmakers now say they've heard Moore's defense and they don't think it's convincing.