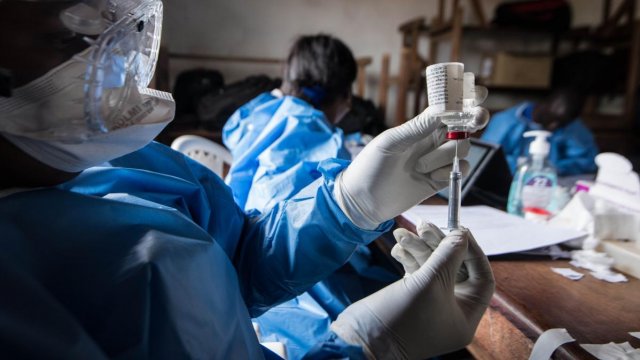 Rwanda is closing its border with the Democratic Republic of the Congo. The state minister of foreign affairs confirmed the decision was over concerns of Ebola.

This comes after a man died from the virus in Goma. It's a city of 2 million people on the border of Rwanda and the Congo. He was the second confirmed case in the city.

The World Health Organization declared an Ebola outbreak in the Congo in August of 2018. Since then, the Ministry of Health of the DRC reported 1,803 deaths from the disease.

While Rwanda closes its border, WHO continues to work on vaccinations from within. It's marked 15 districts in the country as high priority, according to a July 21 situation report.

It says the "majority of the 148,000 registered Refugees in Rwanda are from the Congo." It reported almost 600 front-line workers have been vaccinated in eight of the 15 districts, as of April.