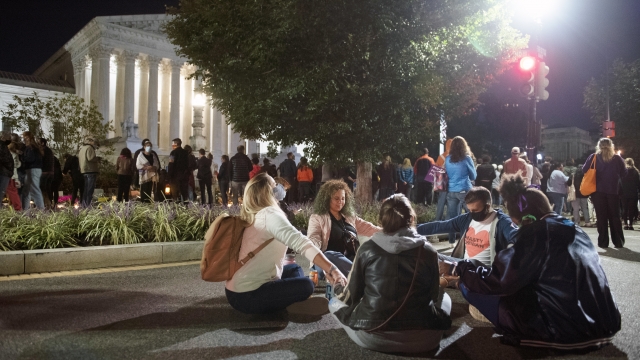 SMS
Ruth Bader Ginsburg Expected To Lie In Repose For 2 Days At High Court
By LeeAnne Lowry
By LeeAnne Lowry
September 20, 2020
Ginsburg, who served as a Supreme Court Justice for 27 years, will lie in repose longer than most.
SHOW TRANSCRIPT

The New York Times is reporting Justice Ruth Bader Ginsburg will lie in repose for two days at the Supreme Court before being buried in a private ceremony at Arlington National Cemetery.

It's out of the ordinary for a justice to lie in repose for that long. Typically it'd be a day or less. But Ginsburg is expected to draw larger crowds than other justices.

The Times says a ceremony inside the court can be expected as early as Tuesday. After that there will be an outdoor viewing.

Ginsburg died Friday after a long battle with cancer. She was a Supreme Court justice for 27 years.

Ginsburg was the longest-serving Jewish justice. Typically Jewish custom is to bury within a day or two, but this case is a little different since she died as Rosh Hashanah was beginning. It's preferred to postpone burials until after major holidays.