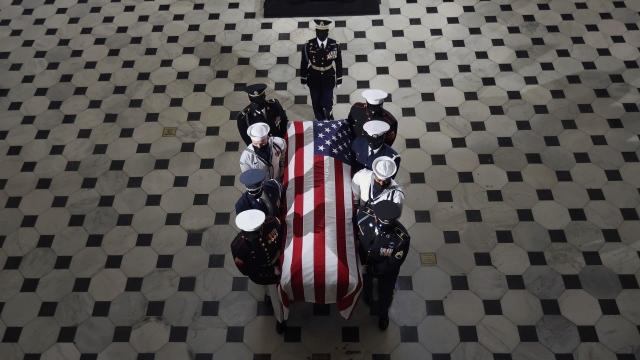 By LeeAnne Lowry
September 30, 2020
Ginsburg laid in repose and state on Capitol Hill before her private ceremony.
SHOW TRANSCRIPT

The late Supreme Court Justice Ruth Bader Ginsburg was buried beside her husband Tuesday in a private ceremony at Arlington National Cemetery.

Ginsburg had lain in repose at the Supreme Court for two days — an opportunity for the public to mourn her.

She became the first woman to lie in state at the U.S. Capitol.

The liberal icon's death has triggered a Republican race to fill her seat before election day.