This Bee Species Is Finally Listed As Endangered 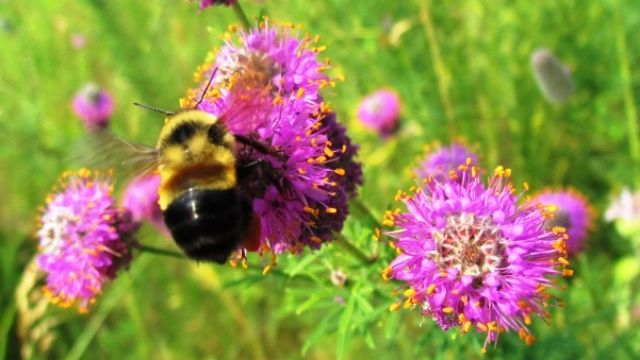 SMS
This Bee Species Is Finally Listed As Endangered
By Katherine Biek
By Katherine Biek
March 23, 2017
The rusty patched bumblebee is the first bee in the contiguous 48 states to be given federal protection.
SHOW TRANSCRIPT

The rusty patched bumblebee is now officially an endangered species.

The U.S. Fish and Wildlife Service was in the process of giving the bee species federal protection back in January.

But after Donald Trump took office, he placed a freeze on some regulations issued under the Obama administration in order to review them.

This resulted in the rusty patched bumblebee not being listed as endangered until March 21.

Shortly after the U.S. Fish and Wildlife Service announced the new listing date, the Natural Resources Defense Council sued the Trump administration. It argued the delay was illegal.

On the flip side, multiple industry groups, like the National Association of Home Builders and Independent Petroleum Association of America, petitioned the agency to delay the listing even further until January 2018.

Rusty patched bumblebees were once seen pollinating crops across the country. But more farms, increased use of pesticides and climate change have resulted in the bee population dying out.

Now, the rusty patched bumblebee can only be found in nine states, including Minnesota, Maine and Ohio. 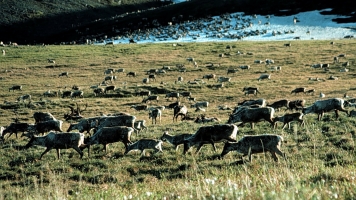 Congress Voted To Abolish A Rule Protecting Some Alaskan Wildlife

There are scatterings of the bees in Ontario, Canada, as well. The rusty patched bumblebee has been listed as "endangered" on Canada's Species at Risk Public Registry since 2010.

It's the first bee species in the contiguous U.S. to receive such protection.

The first bees to be listed as endangered in the U.S. were seven species of yellow-faced bees native to Hawaii. The U.S. Fish and Wildlife Service added them to the list in 2016.