Russo Brothers To Take Over 'Avengers' As Whedon Bows Out 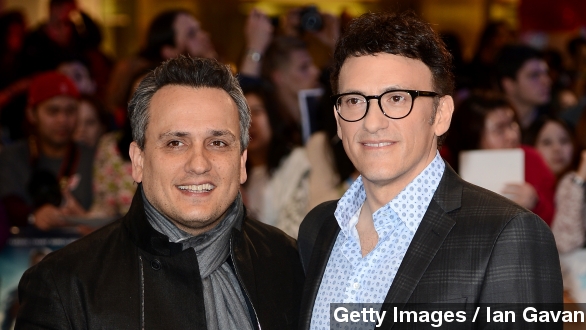 SMS
Russo Brothers To Take Over 'Avengers' As Whedon Bows Out
By Ben Lawson
By Ben Lawson
March 23, 2015
After months of rumors, Joss Whedon will reportedly hand writing and directing duties for the next "Avengers" films to Joe and Anthony Russo.
SHOW TRANSCRIPT

There have been rumors for months, but it looks like Joss Whedon is now officially handing off the Marvel baton for the third and fourth "Avengers" movies.

"There was an idea to bring together a group of remarkable people."

Whedon wrote and directed the first "Avengers" film in 2012 and "Avengers: Age of Ultron," which is coming this May.

Don't be too disappointed though. Badass Digest, which broke the news, reports Whedon will be handing writing and directing duties over to Joe and Anthony Russo for parts one and two of "Avengers: Infinity War."

The brothers are responsible for "Captain America: The Winter Soldier," which is one of the more highly-rated recent Marvel movies. They're also working on "Captain America: Civil War" for 2016, which has so many superheroes in its lineup it's starting to look like a mini-"Avengers" sequel itself.

This news shouldn't come as too much of a shock. Rumors that the Russo brothers were up for the gig have been circulating for a while now, and Whedon hasn't tried to hide that he is thinking about leaving the comic book world.

In January, he was a bit hesitant when Buzzfeed asked him about picking up another Marvel project, saying, "The biggest thing for me is that I need to do something that I create myself. ... I haven't created my own universe for over five years. That feels wrong."

What is a bit confusing is that, earlier this month, the Russo brothers signed a three-year deal with Sony. But with three Marvel films on their plate between now and 2019, it doesn't seem like they'll have much time to work with the other studio. (Video via Marvel Entertainment)

Who knows? Maybe they could hop on that other little Marvel franchise Sony has.