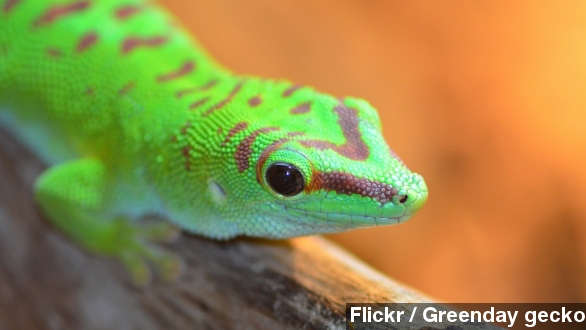 By Madison Burke
September 3, 2014
The five geckos that Russia sent to space to mate did not make it home alive.
SHOW TRANSCRIPT

Five geckos that were sent into space to mate have all died.

In a statement Wednesday, The Russian Federal Space Agency said the lizards that were sent to space to see the effect zero gravity would have on their mating habits did not survive the trip.

The satellite was launched July 19 and returned to Earth Monday.

But come on, why did we need to know what geckos' sex lives would be like in space?

NBC explains the scientists' goal was to gather information about challenges humans might face if they were to spend an extended amount of time traveling in zero gravity, and yes, even reproduce in outer space.

So ... would we die? Well, one potential explanation for the dead geckos is a possible problem with the satellite's heating system. They might have frozen to death.

This isn't the first time Russia has put animals in space. Just last year the country sent lizards, rodents, fish and other small animals into space for a month, and about half of them made it home alive.

The Russians called that their "Space Ark" mission. The longest space mission dedicated to a biological study, its goal was to study the long-term affects of space travel on cell structure.

One piece of good news about this latest mission, though: Fruit flies survived and did successfully reproduce.