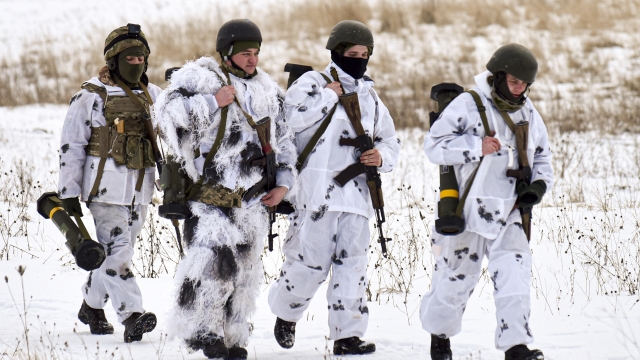 People in Lviv, Ukraine, are holding out hope for a diplomatic solution even as it appears Russia broke a promise to pull its troops out of neighboring Belarus after joint military drills ended. 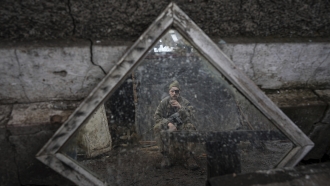 Belarus announced that Russia's 30,000 troops along Ukraine's border would stay. This is "Putin showing the world that he expanded his military and his territory," as one military analyst put it.

This comes as new satellite images indicated that Russian troops are now inside eastern Ukraine in pro-Russian insurgent-controlled territory. Russia has moved tanks, artillery and armored personnel carriers about 500 miles from the Ukrainian capital Kyiv.

A small contingent of American embassy staff remain in Lviv, where the embassy relocated for safety. The acting ambassador says they intend to stay in Ukraine.

The city is now home to not only American and other Western diplomats, but also Ukrainian and Western citizens who have fled other areas closer to Russian troops.

Lviv is about 40 miles from the border of Poland, where 5,000 troops from America's XVII Airborne Corps are deployed and expected to begin drills this week.