There Are Signs Of Russian Meddling In Another Major Vote 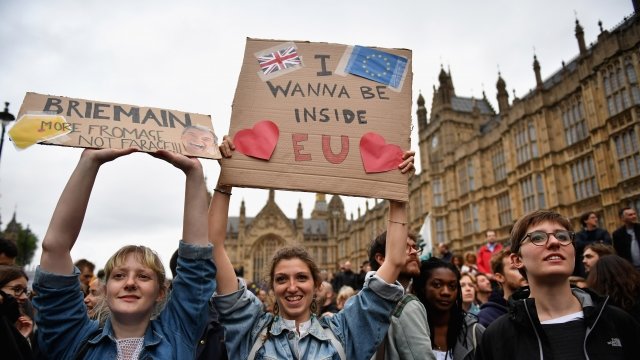 There are apparent signs of Russian interference in another major vote — this time in the U.K.

The Times, a paper based in London, says research shows Twitter bot and "cyborg" accounts based in Russia posted over 45,000 messages in 48 hours during the Brexit referendum in 2016.

The outlet says Russian activity jumped June 23, the day of the vote, and continued on June 24 before stopping almost entirely. Many of the tweets in question appeared to advocate leaving the European Union, but some encouraged staying.

The U.S. Justice Department reportedly gave RT America until Nov. 13 to register, or it could face consequences.

The Times report comes a little over a day after U.K. Prime Minister Theresa May issued a blunt message to Russia over what she said are attempts to create conflict. May said, "We know what you are doing, and you will not succeed."