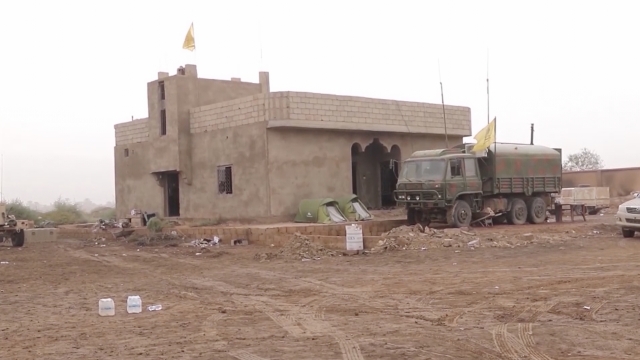 On Tuesday, the Russian Defense Ministry announced its troops were patrolling between Syrian and Turkish forces in northern Syria.

The Kremlin's envoy to Syria, Alexander Lavrentyev, says Russia is stepping in to prevent a "completely inadmissible" clash between Turkey and Syria. He told Russian state news agencies that "no one is interested" in fighting between Syrian and Turkish forces and that Russia "is not going to allow it."

Russia's reportedly brokering deals not only between Syria and Turkey, but also between Syria and Kurdish fighters. Lavrentyev said Russia had a hand in a deal that led to Kurdish forces surrendering territory to Syria in exchange for military support.

Moscow has been a crucial ally to Syrian President Bashar al-Assad since 2015, providing his regime air power, military training and weapons.

Now it says it's filling a gap in the region left by U.S. troops, who had been stationed there since 2017 to prevent a battle between Turkish and Kurdish fighters.

Russia and the U.S. have both criticized one another's involvement in the Syrian conflict, and U.S. Ambassador to the U.N. Kelly Craft told reporters Washington is "deeply concerned" about the Russian patrols.

Russian President Vladimir Putin has been in contact with Turkish President Recep Tayyip Erdoğan. The Kremlin says the leaders "noted the need to prevent conflicts between Turkish army units and Syrian government forces" and confirmed their "adherence to Syria's territorial integrity." Erdoğan has accepted Russia's invitation to meet in the next few days.