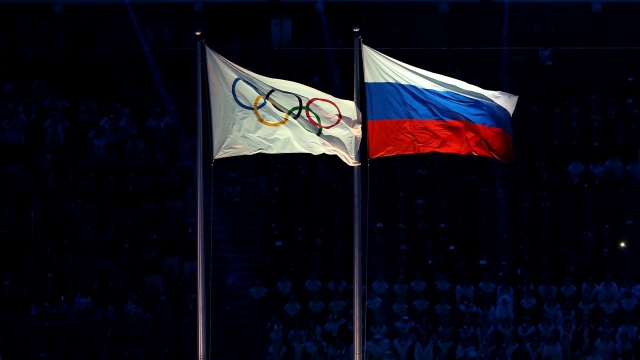 SMS
Russian Sports Officials Finally Admit To Widespread Doping Scheme
By Briana Koeneman
By Briana Koeneman
December 28, 2016
Officials told The New York Times they could no longer deny any wrongdoing, and one called the scandal "an institutional conspiracy."
SHOW TRANSCRIPT

Russian officials have admitted to a widespread doping operation involving officials and top athletes. But not everyone is 'fessing up quite yet.

The acting director of Russia's anti-doping agency told The New York Times the country can no longer deny any wrongdoing, calling the scandal "an institutional conspiracy." But she denied that top government officials played a role.

Multiple reports claim urine samples from the 2014 Sochi Olympics were tampered with and that some athletes were given performance-enhancing drugs.

Members of the Federal Security service and a deputy sports minister were also reportedly in on the scheme.

The Times article comes just weeks after a report from the World Anti-Doping Agency claimed more than 1,000 Russian athletes across 30 sports benefited from state-sponsored doping between 2011 and 2015.

A spokesperson for Russian President Vladimir Putin said Wednesday the government has yet to confirm the accuracy of the Times report.