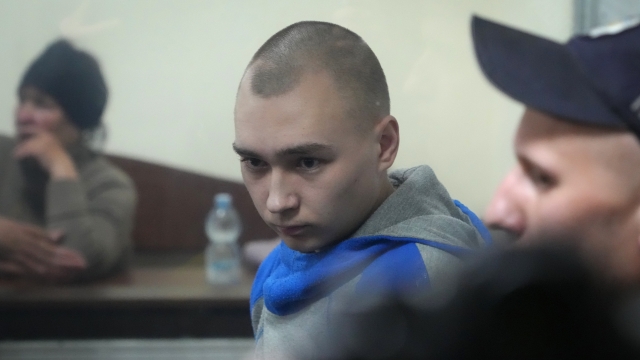 Sgt. Vadim Shishimarin could get life in prison for shooting a a 62-year-old Ukrainian man in the head through an open car window in the northeastern Sumy region on Feb. 28, four days into the invasion.

Shishimarin, a captured member of a Russian tank unit, was prosecuted under a section of the Ukrainian criminal code that addresses the laws and customs of war. 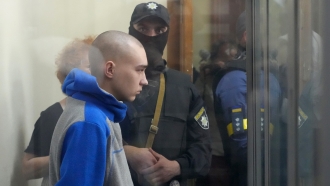 It was not immediately clear how many of the suspects are in Ukrainian hands and how many would be tried in absentia.

Prosecutors plan to continue presenting evidence against Shishimarin following his guilty plea, although the trial is likely to be shorter.

As the inaugural war-crimes case in Ukraine, Shishimarin’s prosecution was being watched closely. Investigators have been collecting evidence of possible war crimes to bring before the International Criminal Court in The Hague.

Venediktova’s office has said it was looking into more than 10,700 potential war crimes involving more than 600 suspects, including Russian soldiers and government officials.

Shishimarin's trial opened Friday, when he made a brief court appearance while lawyers and judges discussed procedural matters. After his plea on Wednesday, the proceedings were continued until Thursday, when the trial is expected to resume in a large courtroom to accommodate more journalists.