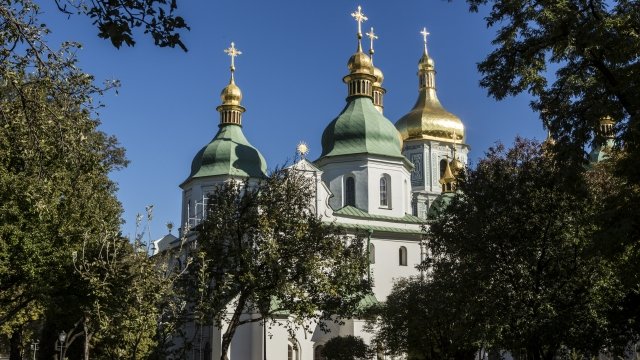 By Cristina Mutchler
October 16, 2018
The Ecumenical Patriarchate of Constantinople recently recognized the Ukrainian Orthodox Church as independent, and the Russian church is not pleased.
SHOW TRANSCRIPT

After more than three centuries, the Russian Orthodox Church is breaking apart from what's seen as the spiritual leader of Eastern Orthodox Christianity.

The split comes after the Ecumenical Patriarchate of Constantinople decided to recognize the Ukrainian Orthodox Church as independent from Russia.

Russia isn't in favor of that move because it sees Ukraine as a key part of the Russian Orthodox Church. Ukraine appears pleased with the decision, looking at it as a step further away from Russian control.

Because ties are now severed, Russian Orthodox Church leaders say its members can't take part in religious rituals, like communion and baptism, at churches that are still under Constantinople's jurisdiction.

The Patriarchate holds spiritual authority over more than 300 million Orthodox Christians worldwide. The Russian Orthodox Church is the biggest of the groups.

The break is being compared to the historic separation of the Orthodox and Catholic churches in the 11th century.