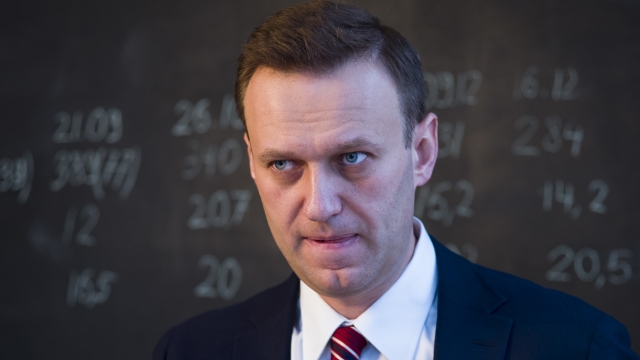 Russian opposition leader Alexei Navalny is in a coma and on a ventilator.

A spokesperson for Navalny said he fell ill from a suspected poisoning and is in "grave condition."

The 44-year-old said he felt sick on a flight back to Moscow, prompting the plane to make an emergency landing. His spokesperson said he only drank black tea in an airport cafe before the flight.

Doctors would not confirm if he had been poisoned.

He was hospitalized last year for another suspected poisoning, but doctors said it was an allergic attack.

Nalvany is a fierce critic of Russian President Vladimir Putin.

In past years, several other Russian opposition figures have become sick by suspected poisonings.