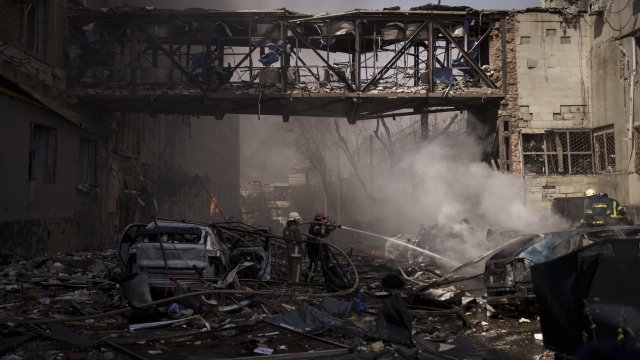 A missile attack last Saturday hit a residential area in Kharkiv, Ukraine, injuring several civilians. Among the buildings destroyed was a restaurant that served as a relief kitchen for World Central Kitchen — run by world-renowned chef José Andrés.

Four people working there were injured in the attack but all have been released from the hospital.

Andrés says his World Central Kitchen delivers millions of pounds of food each day, but the complexity on the ground forces them to adapt quickly.

"People know they can win this war on foot," he said. "Everybody is trying to provide comfort to those who need it more than themselves. This is what gives me hope in these dark hours. The democracies of the world need to stand firm."

"What I've seen here is people are not afraid of anything. What I'm afraid of is that humanity will stop caring about others."

As attacks increase in Kharkiv, WCK continues providing hot meals & produce for people able to cook. In a hard-hit neighborhood outside the city, our local lead Svitlana & team brought food & a generator for families sheltering without power in a church basement. #ChefsForUkraine pic.twitter.com/A5GKjF8ins