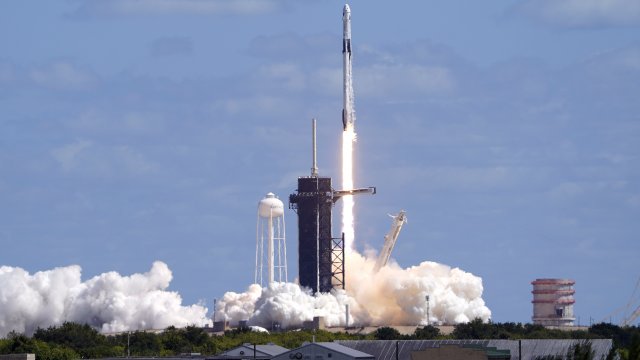 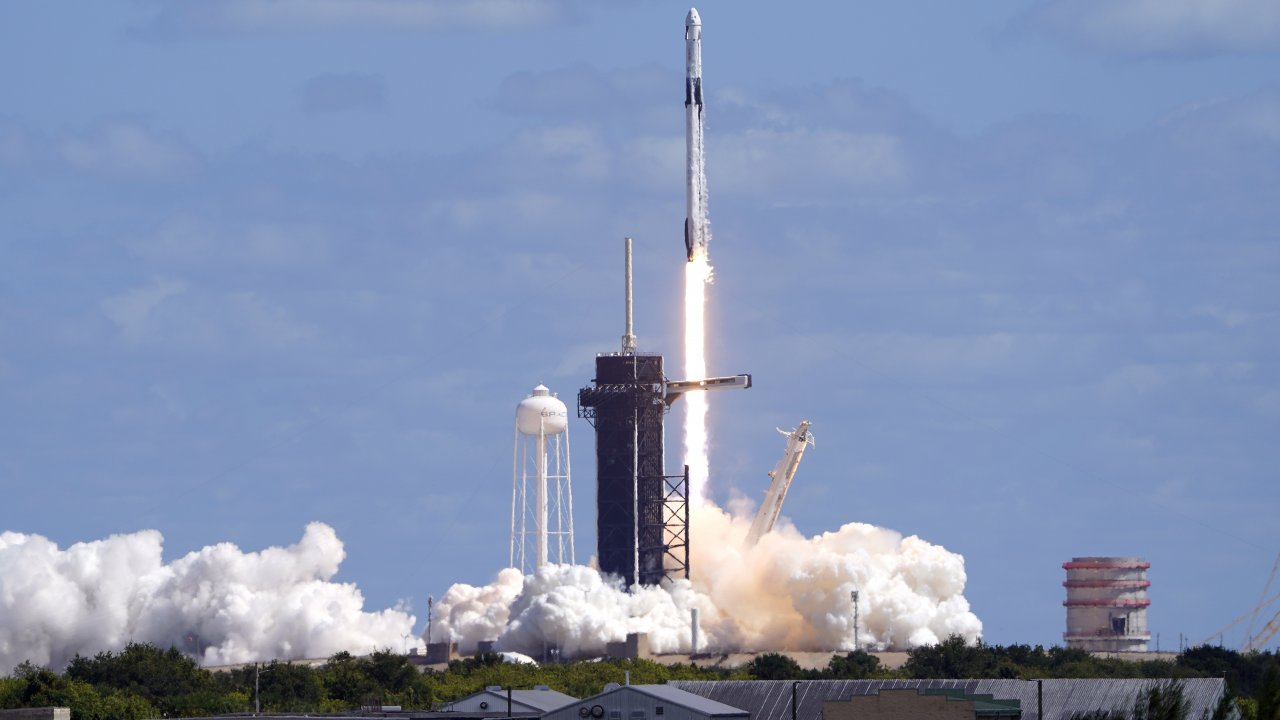 For the first time in 20 years, a Russian cosmonaut rocketed from the U.S. on Wednesday, launching to the International Space Station alongside NASA and Japanese astronauts despite tensions over the war in Ukraine.

"We're so glad to do it together," said Anna Kikina, Russia's lone female cosmonaut, offering thanks in both English and Russian. "Spasibo!"

She was among the three newcomers on the flight, alongside Marine Col. Nicole Mann, the first Native American woman to orbit the world, and Navy Capt. Josh Cassada. They were joined by Japan Space Agency's Koichi Wakata, who is making his fifth spaceflight.

"Awesome!" radioed Mann. "That was a smooth ride uphill. You've got three rookies who are pretty happy to be floating in space right now."

They're due to arrive at the space station Thursday, 29 hours after departing from NASA's Kennedy Space Center, and won't be back on Earth until March. They're replacing a U.S.-Italian crew that arrived in April.

Their SpaceX flight was delayed by Hurricane Ian, which devastated parts of the state last week. The weather was ideal as the Falcon rocket blasted into a brilliant noontime sky.

"I hope with this launch we will brighten up the skies over Florida a little bit for everyone," Wakata said before the flight.

Kikina is the Russian Space Agency's exchange for NASA's Frank Rubio, who launched to the space station two weeks ago from Kazakhstan aboard a Soyuz rocket. He flew up with two cosmonauts.

The space agencies agreed over the summer to swap seats on their flights in order to ensure a continuous U.S. and Russian presence aboard the 260-mile-high (420-kilometer-high) outpost. The barter was authorized even as global hostilities mounted over Russia's invasion of Ukraine in late February. The next crew exchange is in the spring.

NASA Administrator Bill Nelson said the key reason for the seat exchange is safety — in case an emergency forces one capsule's crew home, there would still be an American and Russian on board.

In the meantime, Russia remains committed to the space station through at least 2024, Russia space official Sergei Krikalev assured reporters after liftoff. Russia wants to build its own station in orbit later this decade, but he said that will take time and until it's ready, it makes sense to keep working with NASA.

Krikalev, a former cosmonaut who was the first to launch on a U.S. rocket, noted that the two countries are at a new phase of space cooperation that began with the Apollo-Soyuz orbital linkup in 1975. NASA's commander for that mission, Thomas Stafford, attended Wednesday's launch. 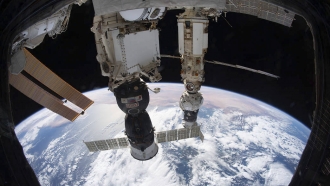 As War Divides Countries On The Ground, What's Happening In Space?

"I hope we will cooperate together the way it was started in 1975," said Krikalev, while acknowledging he's trying to quell any friction between the two space agencies.

NASA started flying cosmonauts on its space shuttles in 1994, first to Russia's Mir space station and then to the fledgling space station. The 2003 Columbia reentry disaster put an end to it. But U.S. astronauts continued to hitch rides on Russian rockets for tens of millions of dollars per seat.

Kakina is only the fifth Russian woman to rocket off the planet. She said she was surprised to be selected for the seat swap after encountering "many tests and obstacles" during her decade of training. "But I did it. I'm lucky maybe. I'm strong," she said.

Mann, a member of the Wailacki of the Round Valley Indian Tribes in California, took along her mother's dream catcher, a small traditional webbed hoop believed to offer protection. Retired NASA astronaut John Herrington of the Chickasaw Nation became the first Native American in space in 2002.

"I am very proud to represent Native Americans and my heritage," Mann said before the flight, adding that everyone on her crew has a unique background. "It's important to celebrate our diversity and also realize how important it is when we collaborate and unite, the incredible accomplishments that we can have."

As for the war in Ukraine, Mann said all four have put politics and personal beliefs aside, "and it's really cool how the common mission of the space station just instantly unites us."

Added Cassada: "We have an opportunity to be an example for society on how to work together and live together and explore together."

Elon Musk's SpaceX has now launched eight crews since 2020: six for NASA and two private groups. Boeing, NASA's other contracted taxi service, plans to make its first astronaut flight early next yea r, after delays to fix software and other issues that cropped up on test flights.