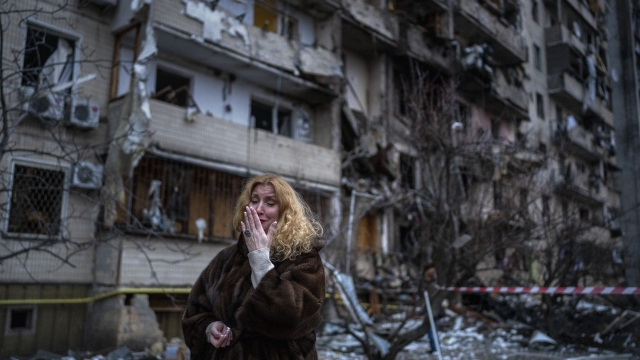 Russia pressed its invasion of Ukraine into the capital Friday after unleashing airstrikes on cities and military bases and sending in troops and tanks from three sides in an attack that could rewrite the global post-Cold War security order. 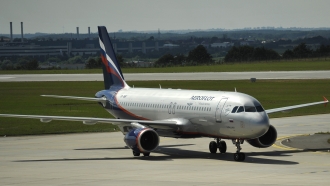 Russia Bans UK Flights Over Its Airspace After Sanctions

Explosions sounded before dawn in Kyiv and gunfire was reported in several areas, as Western leaders scheduled an emergency meeting and Ukraine's president pleaded for international help to fend off an attack that could topple his democratically elected government, cause massive casualties and ripple out damage to the global economy.

The assault, anticipated for weeks by the U.S. and Western allies, amounts to the largest ground war in Europe since World War II. After repeatedly denying plans to invade, the autocratic Putin launched his attack on the country, which has increasingly tilted toward the democratic West and away from Moscow’s sway. 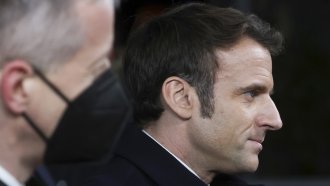 World Leaders Slap Sanctions On The Kremlin Over Invasion

Ukrainian President Volodymyr Zelenskyy, whose grasp on power was increasingly tenuous, appealed to global leaders for even more severe sanctions than the ones imposed by Western allies and for defense assistance.

“If you don’t help us now, if you fail to offer a powerful assistance to Ukraine, tomorrow the war will knock on your door,” said the leader, who cut diplomatic ties with Moscow, declared martial law and ordered a full military mobilization that would last 90 days.

Zelenskyy said he’s the No. 1 target for the invading Russians but that he planned to remain in Kyiv. Swedish Prime Minister Magdalena Andersson said early Friday that the Ukrainian attended a meeting of European Union leaders via video link from what appeared to be some sort of bunker.

Russia said it was not targeting cities, but journalists saw destruction in many civilian areas and Kyiv Mayor Vitaly Klitschko said a rocket hit a multistory apartment building in the city on Friday, starting a fire. Meanwhile, the mayor of the city in the rebel-controlled east said Ukrainian shelling hit a school building.

President Biden is meeting Friday morning with fellow leaders of NATO governments in what the White House described as an “extraordinary virtual summit” to discuss Ukraine.

Zelenskyy urged the U.S. and West to go further and cut the Russians from the SWIFT system, a key financial network that connects thousands of banks around the world. The White House has been reluctant to do that, worried it could cause enormous economic problems in Europe and elsewhere in the West.