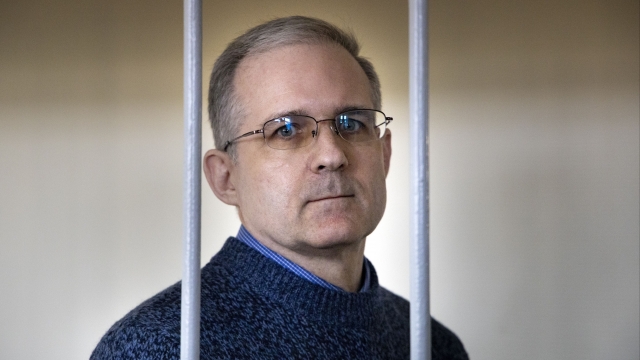 A Russian court found American citizen Paul Whelan guilty of espionage in a closed trial Monday, and sentenced him to 16 years in prison.

Russia's Federal Security Service said they arrested Whelan in December 2018 while he was "on a spy mission" in Moscow. Officials claimed he was holding a flash drive containing state secrets at the time.

Whelan's state-appointed lawyer said his client thought the flash drive he had been handed had vacation pictures on it. The lawyer said Whelan never looked at the drive before he was arrested and was unaware it contained classified material.

Whelan is a corporate security executive from Michigan and has said he was in Russian to attend a wedding. While in the defendant's cage Monday, Whelan held up a sign that read "sham trial" and "no human rights." He later called the proceedings, "slimy, grubby, greasy Russian politics. Nothing more, nothing less."

John Sullivan, the U.S. ambassador to Russia, condemned the verdict: "I've described these proceedings as a mockery of justice and today just confirmed it. An American citizen has been sentenced to a term of 16 years for a crime for which we have not seen evidence."

And Secretary of State Mike Pompeo demanded Whelan's immediate release, saying in a statement, "The treatment of Paul Whelan at the hands of Russian authorities has been appalling."

Whelan's lawyer said they plan to appeal the ruling.