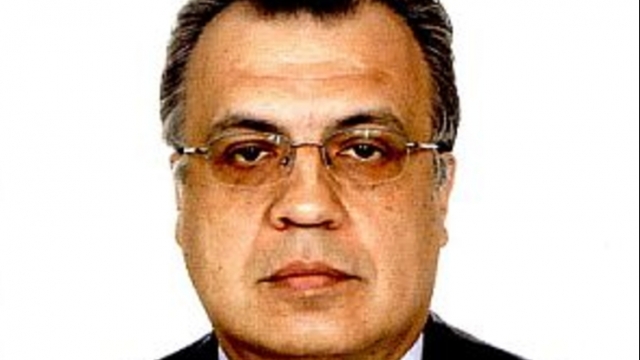 Russia's ambassador to Turkey was assassinated in Ankara on Monday evening.

Andrey Karlov was attending the opening of an art exhibition when a gunman shot him. Karlov was later pronounced dead.

SEE MORE: Video Of Children In Aleppo Causes Turkish Presenters To Break Down

At least three other people were reportedly injured.

According to various reports, the gunman yelled, "Don't forget Aleppo. Don't forget Syria." The gunman, who Turkish officials identified as an off-duty police officer, was "neutralized." Some outlets are reporting he was killed.

Both Turkish and Russian officials have called the incident a "terror attack."

Karlov had served as the Russian ambassador to Turkey since July 2013. He was married and had a son.

Relations between the two nations have been strained. Turkey shot down a Russian military jet in November 2015.

The two nations have supported opposing sides of the Syrian War. It was recently reported that Russia and Turkey planned to meet to continue to work toward a peace deal in Syria.