Russia Says There'll Be Consequences If The US Strikes Syria 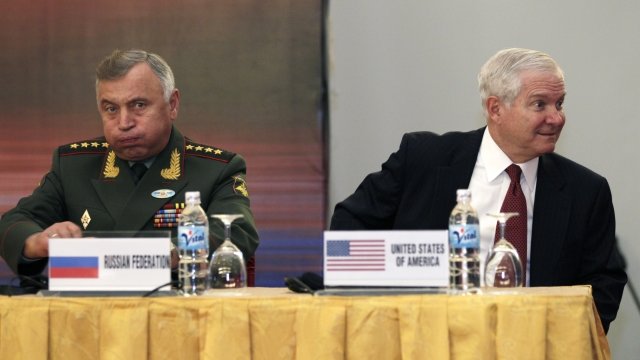 Russia said "the consequences will be very serious" if the U.S. launches a strike on Syria. That's according to Russian state-owned media.

The statement comes after U.S. Ambassador to the United Nations Nikki Haley said the U.S. would get involved in the Syrian cease-fire if the U.N. won't.

"It is not the path we prefer, but it is a path we have demonstrated we will take and we are prepared to take again," Haley said.

Anti-regime rebels have held parts of Syria's eastern Ghouta region for years, and the Syrian regime recently has tried to force them to surrender with airstrikes.

On Tuesday, Russia's chief of staff reportedly said the military is ready to take "retaliatory measures" against a U.S. strike in Syria if it endangers the Russian military.