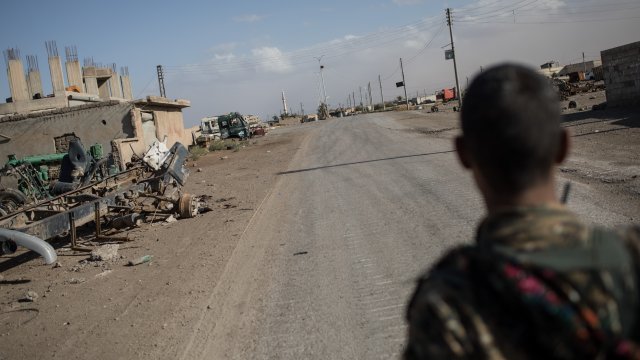 The leaders of Russia and Turkey struck a deal in hopes of preventing more chaos in northwestern Syria.

That province is the last major stronghold for rebels in Syria. Earlier this month, it looked like the Syrian government was ready to launch an offensive to re-take control, and that prompted international concerns about the millions of civilians who'd likely get caught in the cross fire.

The buffer zone will be nine to 13 miles wide, and monitored by Russian and Turkish troops. For comparison, the DMZ separating North and South Korea is 2.5 miles wide. The zone should be established by October 15.