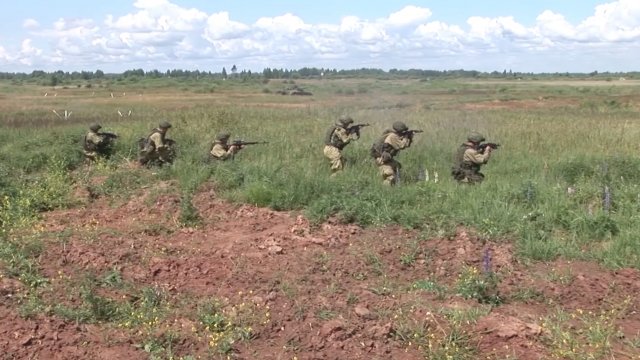 Russia will reportedly conduct its largest war games since the fall of the Soviet Union.

CNN reports the games will be held in Siberia next month. Chinese and Mongolian troops will participate.

One Russian military official said in a statement that the exercises will have an "unprecedented scale in both territory and number of troops involved."

CNN compared the size of the games with exercises held by Russia in 2014, which the Kremlin says involved more than 150,000 troops, 8,000 pieces of equipment and more than 600 aircraft.

They will involve 16 exercises that focus on "timely deployment of military command and control bodies."