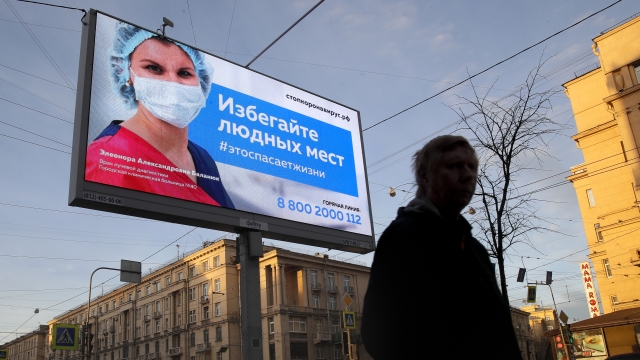 The Russian government announced all international flights to and from Russia will be halted starting Friday at midnight after it saw a rise in coronavirus cases in the country.

The government said repatriation flights will still be available for Russian citizens to return home. Flights with special government permission will also be available.

The order also calls on the Finance Ministry to allocate funds to repatriate Russians. Those who are brought home would be subject to health checks and be placed under a two-week quarantine.

President Vladimir Putin said Russia could defeat the virus in less than three months if it imposes tough measures.

The country will also be closing nonessential businesses starting this weekend.