Russia Tests Out Its Next Generation Of Nuclear Ballistic Missiles 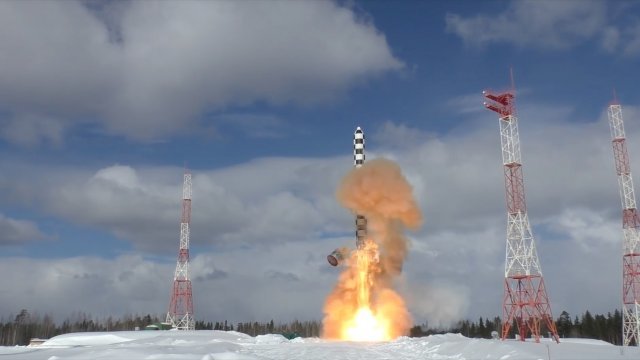 SMS
Russia Tests Out Its Next Generation Of Nuclear Ballistic Missiles
By Matt Picht
By Matt Picht
March 30, 2018
The RS-28 Sarmat is meant to replace Soviet-era missiles and is supposedly capable of evading U.S. missile defense systems.
SHOW TRANSCRIPT

Russia says it conducted another successful test of its latest intercontinental ballistic missile. That missile, the RS-28 Sarmat, is designed to replace the Soviet-era ICBMs that NATO nicknamed "Satan" missiles.

Russian President Vladimir Putin first bragged about the new "Satan 2" missiles in his annual address. Putin claimed the missiles could be launched over the North and South poles and couldn't be stopped by antiballistic missile defenses.

Putin's probably right about that — but that's not really a surprise. Missile defense is a notoriously unreliable business, and Russia's nuclear arsenal is almost certainly already capable of surpassing or overwhelming U.S. missile defenses. 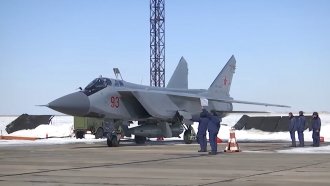 More importantly, the U.S. still has comparably scary nuclear weapons it can point at Russia. The Cold War principles of mutually assured destruction should still keep both sides from getting any ideas.

Putin's speech also teased the development of new nuclear missiles that were themselves powered by nuclear energy. Putin said these weapons would be able to fly low and evade detection systems — the U.S. might not see them coming until it's too late.

The U.S. was working on a similar system in the 1950s but abandoned the project — in part because it would have spewed radiation everywhere while in flight. If Putin manages to field such a weapon, it could spark a new arms race between the U.S. and Russia.