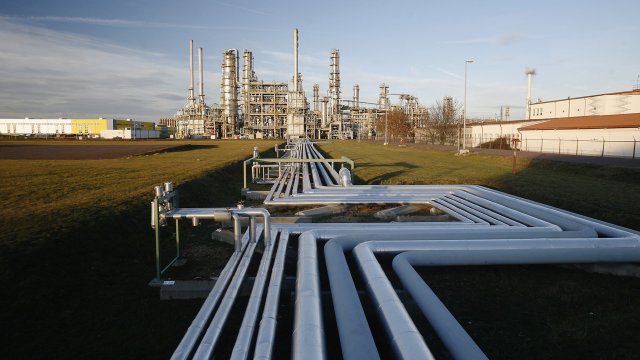 Russia has stopped oil deliveries to its neighbor Belarus after the two countries failed to agree on terms for this year's supply contract.

Belarus' state-owned energy firm confirmed the news Friday. It said Moscow suspended all crude oil supplies as of Jan. 1 and that the suspension will stay in place until the contract dispute is resolved.

Talks between the two countries meant to deepen their economic ties recently fell apart. Belarus' president said he wouldn't sign off on anything until key differences on oil and gas were resolved.

According to The Associated Press, Russia supplies more than 80% of Belarus' energy needs, and Belarus imports more than 90% of its crude oil from Russia.