Russia Saves Gecko Sex Satellite, Media Has Some Fun With It 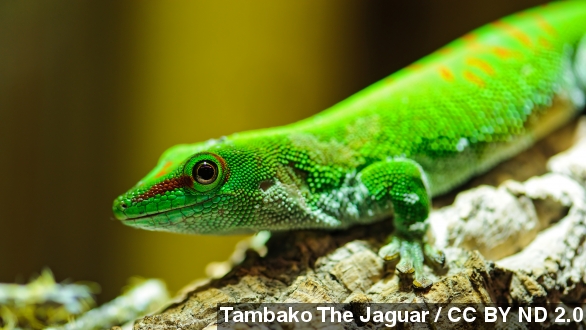 SMS
Russia Saves Gecko Sex Satellite, Media Has Some Fun With It

By Ben Lawson
July 27, 2014
The satellite is back under ground control after a tense few days, but with a gecko sex experiment on board, the media just couldn't help themselves.
SHOW TRANSCRIPT

After a tense few days, Russia has regained control of a satellite full of biological experiments including one to test how geckos mate in space. Yep, sex, space and geckos.

The satellite contained four females — and one lucky male — as part of a study on sex in zero gravity. But after just a few days in orbit, the craft began failing to respond to commands from the ground. (Via Russian Federal Space Agency, Al Jazeera)

That meant, unless control was reestablished, the geckos would just stay up there mating in space until they ran out of food and the satellite crashed back down to Earth. (Via Tambako The Jaguar / CC BY-ND 2.0)

"At least the geckos are getting some. There are worse ways to go." (Via The Huffington Post)

But Roscosmos announced Saturday they've re-established control of their zero-G sexcraft and everything is back to what they call normal.

It was reportedly just a simple glitch in the computer system that caused the malfunction. But with a story like this, the media are never content to be that straightforward.

Business insider called the whole operation "a mission to film a sex tape in space," and The Independent wrote the headline: "satellite full of sexually experimental geckos adrift in space."

"I think it was the Geckos doing ... because who wants to be looked at while they are fornicating. They need a little bit of privacy. They turn on a little Barry White in the background." (Via Fox News)

There was also this little jab from Mediaite: "Thanks to these experiments, Russia's former status as a superpower will be restored. Putin thinks of everything!"

The satellite also holds experiments involving mushrooms and fruit flies and is scheduled to return to Earth in September.