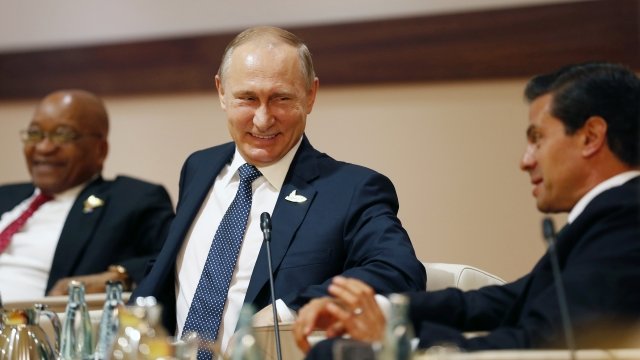 SMS
Putin Says He's Running For Re-election
By Lindsey Pulse
By Lindsey Pulse
December 6, 2017
The Russian president made the announcement at an event at the GAZ vehicle factory in Nizhny Novgorod in Russia.
SHOW TRANSCRIPT

In a surprise to maybe no one, Russian President Vladimir Putin says he'll run for re-election.

If Putin wins the election in March, he could be president until 2024. Recent polls suggest he'll win fairly easily.