Russia's Seizure Of Ukrainian Boats Is An Attempt To Exert Control 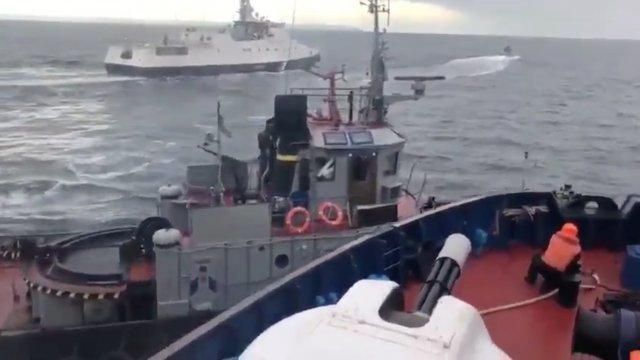 The ongoing feud between Russia and Ukraine has hit another potential crisis point.

Three Ukrainian navy ships and their crews were seized by Russia after one of the Russian boats rammed into a Ukrainian boat.

While tension has been building up in the area ever since Russia annexed Crimea in 2014, it's been particularly bad this year. Russian ships have carried out dangerous maneuvers near Ukrainian vessels and Ukraine's coast guard has seized Russian ships it says violated its territorial waters. Both countries have threatened to block each other's ships from traveling through strategic waterways. 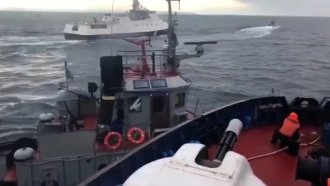 That scene unfolded around here, near the Sea of Azov, between Ukraine and Russia. The only way to enter the sea is here, the Kerch Strait. Russia intercepted the Ukrainian ships as they approached the strait on their way to a Ukrainian port on the other side. Russia claims the Ukrainian ships violated its territorial waters, something Ukraine denies.

To analysts, this is all about control. Russia annexed Crimea in 2014, and now it's letting Ukraine know who has control over the waters surrounding Crimea, like the Sea of Azov.

The incident has prompted Ukrainian nationalists to call for a stronger response to Russia. Protesters threw flares and lit a car on fire near the Russian Embassy in Kiev.