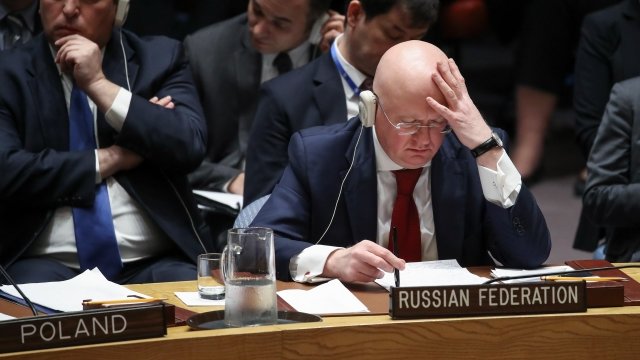 A draft resolution to condemn Friday's joint missile strikes on targets in Syria didn't come close to passing in the U.N. Security Council.

The measure — proposed by Russia, a key Syria ally — only got three votes: Russia, China and Bolivia. Eight other countries voted against it, and four abstained.

Diplomats spent most of Saturday morning debating the recent strikes, which U.S., U.K. and French leaders all said were in response to President Bashar al-Assad's alleged use of chemical weapons against his own people.