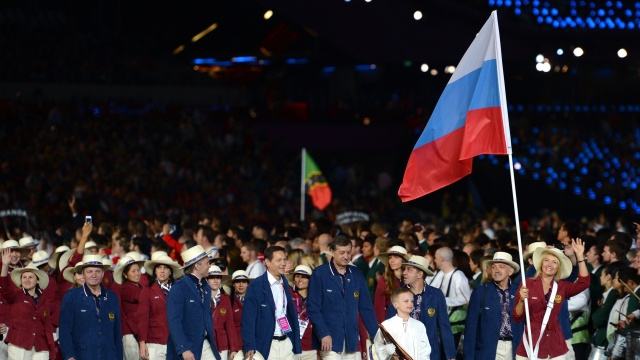 Over 1,000 Russian Olympic and Paralympic athletes were involved in a state-run doping system over a five-year period.

This finding comes from an investigation by a Canadian lawyer on behalf of the World Anti-Doping Agency. He called Russia's system "an institutional conspiracy."

He's the same guy who concluded in July that the Russian government had helped athletes use performance-enhancing drugs at previous Olympic games.

That finding barred more than 100 Russian athletes from competing at the 2016 Rio Olympics, and Russia's entire Paralympics team was also banned from the summer games.

This latest report aims to identify how widespread Russia's doping system was and which athletes benefited from it.

No names were published in the report, but it did say male DNA was found in the urine samples of two female hockey players taken during the Sochi Winter Olympics.

Samples from 12 Russian medal winners were also found to have been tampered with in Sochi.

And while no Russian athletes tested positive for doping during the 2012 London games, the report says officials were actually giving athletes a "cocktail of drugs" that have a short detection window so they evade testing.

"The Russian Olympic team corrupted the London Games 2012 on an unprecedented scale, the extent of which will probably never be fully established," the report says. "The desire to win medals superseded their collective moral and ethical compass and Olympic values of fair play."

At least one coach received a lifetime ban for his involvement in the doping scandal. The president of the International Olympic Committee has said any athlete participating in doping should get a lifetime ban.