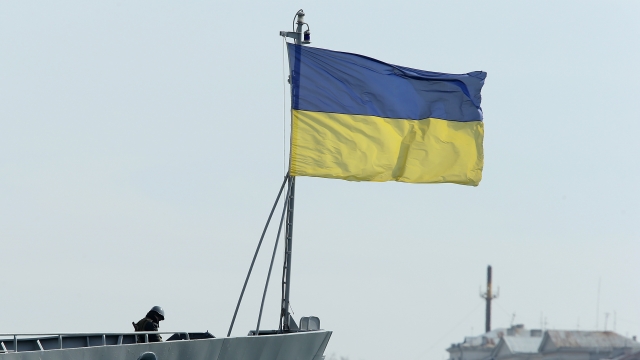 Ukraine says its two gunboats and a tugboat were handed over to Ukrainian authorities Monday. The country said it's unsure what condition the boats have been returned in and if "their equipment and documentation have been removed."

Russia seized the ships and crew nearly a year ago off the coast of the Crimean Peninsula, claiming the Ukrainian vessels were in its waters illegally. The ships were attempting to pass through the Kerch Strait, an important shipping route that runs by Crimea. Russia annexed Crimea from Ukraine in 2014, but a 15-year-old treaty says Russia and Ukraine share the Kerch Strait.

A summit with Russia, Ukraine, France and Germany is in the works for next month to resolve a years-long conflict in eastern Ukraine.