Russia Vows Not To Deploy New Missiles Unless U.S. Deploys Them First 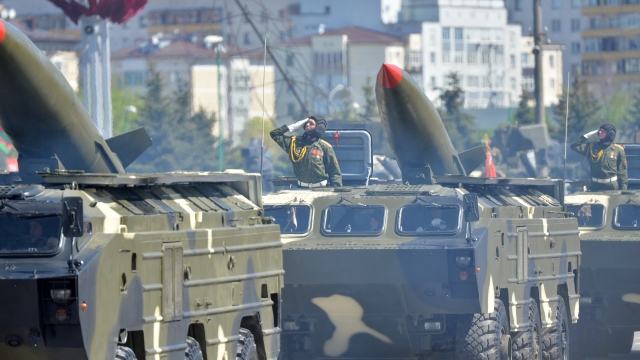 Russia has vowed it won't fire any new missiles — as long as the U.S. promises to do the same.

On Sunday, Russian Defense Minister Sergey Shoygu said: "We will stick to that. Unless there are such systems in Europe."

The treaty banned ground-launched ballistic and cruise missiles with ranges between 310 miles and 3,400 miles. Those types of missiles make it easier for strikes with limited notice as they can land within 10 minutes.

Since both countries left the INF treaty, there has been speculation throughout NATO about what this means for the U.S., Russia and Europe.