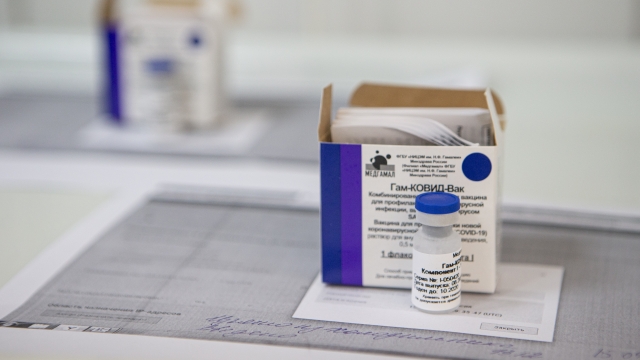 The lead developer of the Russian COVID-19 vaccine "Sputnik-V" says President Trump wouldn't have gotten COVID-19 if he had taken the vaccine.

Russia wants the U.S. to reconsider its coronavirus vaccine in light of President Trump's diagnosis.

Back in August, Russia announced "Sputnik-V " as the world's first vaccine against the coronavirus. The country offered to work with the U.S. to distribute the vaccine, but the U.S. declined.

The head of the laboratory developing Sputnik-V told CNN that President Trump wouldn't be dealing with the illness if he'd received this vaccine. He also said now was the time for the U.S. to seriously consider the Russian vaccine to defend themselves against COVID-19."

In its clinical trials, the vaccine produced antibody results in all participants, but was only tested on 76 people before it was approved.

The vaccine is now in Phase 3 of testing with 40,000 participants. However, several countries including Brazil and India – the second and third countries with the most infections – have already purchased production rights for millions of doses of the vaccine.

President Trump previously suggested the U.S. could see a vaccine by the November 3rd presidential election. There are currently four vaccines in Phase 3 of their trials, including those by Moderna and AstraZeneca.