Russia Offers Puppy To France After Death Of Police Dog 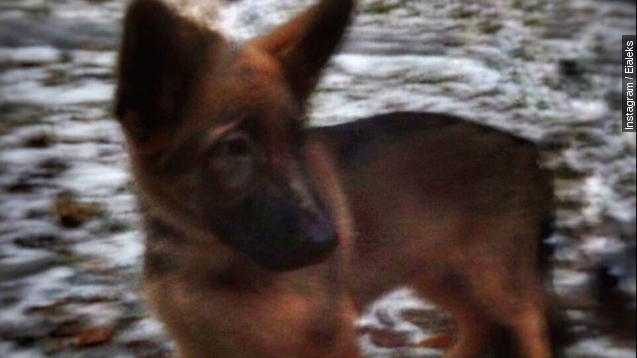 SMS
Russia Offers Puppy To France After Death Of Police Dog
By Melissa Prax
By Melissa Prax
November 21, 2015
Russia's interior minister says he plans to send an Alsatian puppy to France after one of France's police dogs died in a terror raid on Wednesday.
SHOW TRANSCRIPT

After the death of a French police search dog named Diesel during an apartment raid following the Paris terror attacks, Russia is offering a helping paw.

A spokeswoman for the Russian Ministry of Internal Affairs posted photos of an Alsatian dog named Dobrynya on Instagram. Russia says it plans to send the pup to replace 7-year-old Diesel as a sign of solidarity with France.

Diesel's death prompted variations of the hashtag #JeSuisUnChien, meaning "I am a dog" in French, as Twitter users offered their sympathies.

Currently, Dobrynya is in Moscow. Once the pup is properly screened, he'll be sent to France where he'll become the newest member of the force. (Video via RT)