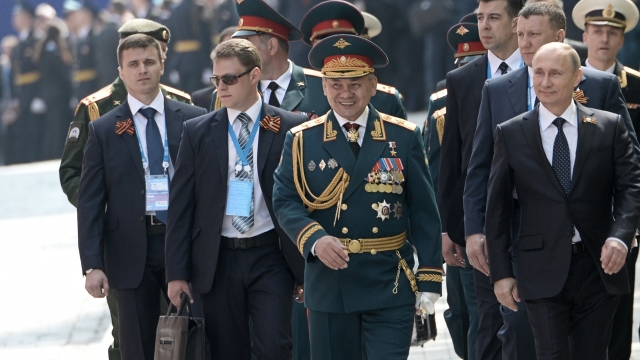 Russia says it's planning to develop new missile systems after the U.S. said it will officially pull out of the Intermediate-Range Nuclear Forces Treaty.

He claimed the U.S. was "actively working to create land-based missiles with a firing range of more than 500 km." He said the new systems should be completed by the end of 2020 and ready by 2021.

The INF treaty was signed by the U.S. and the Soviet Union back in 1987. It banned either country from fielding ground-based missiles with a range of between 300 and 3,400 miles.

The U.S. says Russia developed a cruise missile system that violates the treaty. But Russia says those missiles don't travel far enough to be covered by the INF, and accused the U.S. of similar violations, which the U.S. denies.

The U.S. announced its decision to pull out of the treaty last Friday after both countries failed to come to an agreement in a prior meeting in Beijing. President Donald Trump said that the U.S. will fully withdraw if Russia doesn't fully re-commit to the terms of the treaty within 180 days.