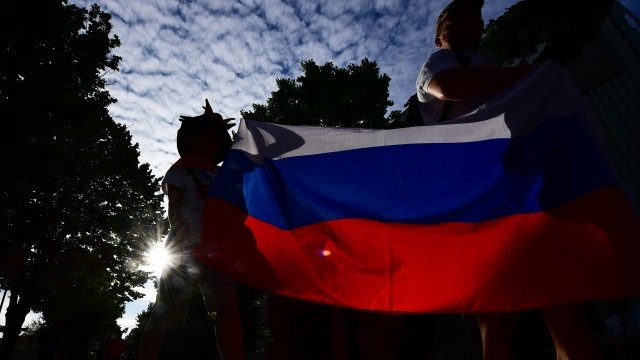 SMS
US Mass Media Outlets May Have To Register As Foreign Agents In Russia
By Lindsey Pulse
By Lindsey Pulse
November 15, 2017
Russia's lower house of parliament passed a bill that would let authorities force certain foreign outlets working there to register.
SHOW TRANSCRIPT

U.S. media — and other international outlets — could soon have to register as foreign agents in Russia.

Russia's lower house of parliament unanimously approved a bill that would let authorities force mass media outlets that operate in the country but are funded abroad to register as foreign agents — or they could face sanctions.

The bill will now head to parliament's upper house, where it's expected to pass. Then it'll go to Russian President Vladimir Putin to sign.

A government official there called the legislation "mirror measures against countries that are infringing upon Russian journalists' freedom of action and expression." 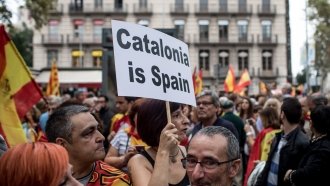 That's likely a reference to the U.S. State Department's demand. It gave state-funded Russian news outlet RT America until Nov. 13 to register as a foreign agent in the U.S. or face consequences.

The U.S. intelligence community found RT as well as Sputnik — another media outlet — contributed to the Russian interference campaign surrounding the 2016 U.S. presidential election by acting as a "platform for Kremlin messaging" to global audiences.

RT's editor in chief said the U.S. Justice Department left the outlet "no choice." At the time, Moscow warned of reciprocal measures. Putin had also warned about retaliation if the country's media was stifled.

No specific countries or companies are listed in the Russian bill. RT reports the country's Justice Ministry will decide who will be registered.