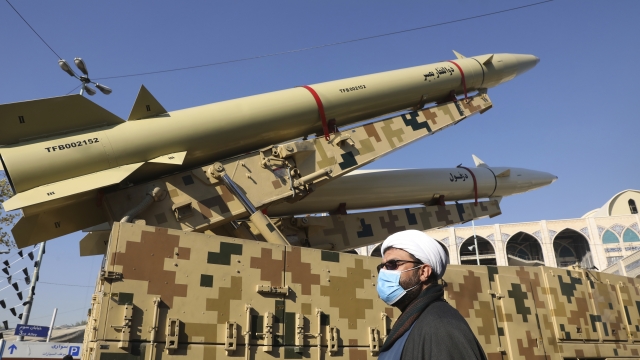 Russia is reportedly purchasing Iranian Fateh-100 and Zolfaghar missiles to use against Ukraine.

Iranian medium-range and surface-to-surface missiles are relatively inexpensive and abundant. Russia now is reportedly prepared to buy them for its arsenal.

The Fateh-110 and Zolfaghar missiles could join Iran’s kamikaze drones in accomplishing what appears to be Putin’s plan —destroying Ukraine’s energy grid and other vital infrastructure, just in time for winter.

"It looks like what Russia is really doing is building up its capability to attack fixed targets. These could be energy facilities, key infrastructure and economic targets rather than to attack dispersed military forces," said Anthony Cordesman, the emeritus chair in strategy at the Center for Strategic and International Studies.

In other words, Iran’s missiles would not be an answer to the U.S. provided HIMARS system, which Ukraine is using to devastating effect against Russian military targets. Unlike Iran’s missiles, HIMARS rockets can be precisely targeted and guided, while in flight, to hit even moving targets.

What Iran’s missiles do have going for them is their range. Russia’s Iskander system has a range of more than 300 miles. Iran’s Zolfaghar missiles exceeds that with a reach of more than 400 miles. Its Fateh-110 reaches nearly 200 miles. All of these far exceed the limits of the HIMARS system the U.S. is supplying to Ukraine, which is around 50 miles. HIMARS is capable of hitting targets three times that distance, which would allow Ukraine to reach targets within Russia, but the U.S. isn’t providing that capability to Ukraine out of fear of provoking Putin. Meanwhile Russia, from its own territory and from launchers at sea, has been able to hit targets in every part of Ukraine.

Experts say western sanctions are making it difficult for Russia to replenish its dwindling missile supplies, which constrains "their ability to strike the volume of targets they desire in the future." That’s why they’re turning to Iran’s offerings.

"Iran has a large inventory of both systems, has supplied them in large numbers to other areas like the Houthi and to the Hezbollah in Lebanon. And probably is going to be selling them at a fraction of the cost in significant numbers to Russia that would cost Russia to replace its own more advanced systems," said Cordesman.