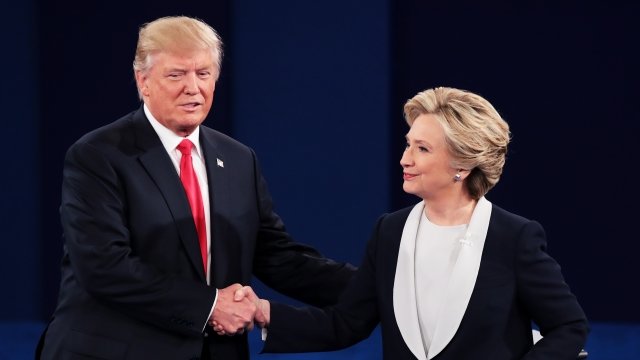 Facebook is pulling back the curtain on some of Russia's potential interference in the 2016 U.S. election.

The company recently announced it had uncovered a network of around 470 bogus accounts, which together purchased about $100,000 worth of political ads between 2015 and 2017. Facebook thinks these accounts were operated from Russia.

Facebook also found another $50,000 in additional political ads that might have had ties to Russia, but those ads didn't necessarily violate Facebook's policies like the fake accounts did.

But most of the ads weren't about the Trump vs. Clinton matchup: instead, they focused on hot-button issues like racial justice, gun control, LGBTQ rights and immigration.

Facebook suspects the ads were meant to spread divisive messages that would polarize public opinion even more. The company documented similar techniques in a report back in April.

The amount of spending isn't particularly notable: Politico notes one pair of digital ad firms for the Clinton and Trump campaigns spent $55 million and $90 million during the campaign, respectively.

But it might be another example of how wide-ranging Russia's online efforts to sway the election really were. Mark Warner, the top Democrat on a Senate committee looking into the interference, said he wants to talk with Facebook about how Russian agents may have used the platform to spread false stories.