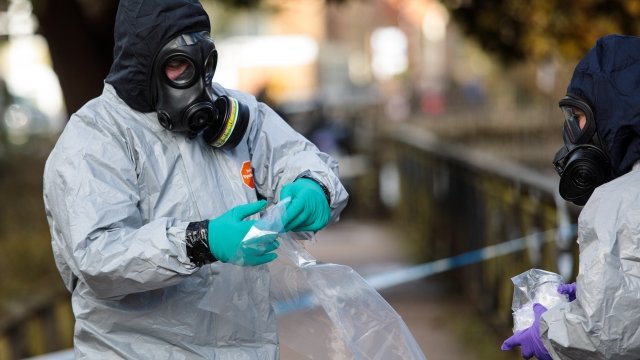 The Organization for the Prohibition of Chemical Weapons rejected a Russian request to be part of the investigation into the poisoning of Sergei and Yulia Skripal.

The group called the request "perverse"; Russia has repeatedly denied any involvement in the use of a nerve agent against the former Russian spy-turned-double-agent and his daughter. The attack took place in England, and the British government has maintained the stance that the Kremlin was involved.

Of the OPCW's member states, only six countries, including Russia, voted for a joint investigation. Fifteen voted against it, but 17 members abstained from the vote. That led Russia to say the countries that abstained didn't support the U.K.'s accusations.

A defense research facility in the U.K. determined the nerve agent was likely produced by a state actor but didn't go as far as to say where it was produced.