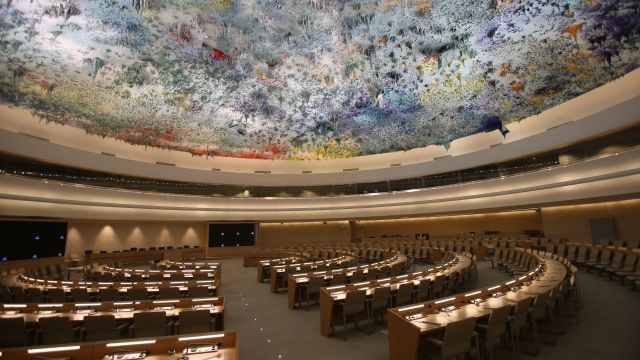 SMS
Russia Lost Its Spot On The Human Rights Council

By Matt Picht
October 28, 2016
Hungary and Croatia beat out Russia for a seat on the council.
SHOW TRANSCRIPT

Russia's ongoing military campaign in Syria might have just cost it a seat on the United Nations Human Rights Council.

Moscow lost its bid for a second term on the council to Hungary and Croatia.

Human rights activists say Russia's support for the Syrian regime should disqualify the country from sitting on the council.

Syria's government has been accused of indiscriminately bombing civilians throughout the nearly six-year conflict.

Russia's U.N. ambassador Vitaly Churkin downplayed the failed bid, noting Hungary and Croatia were "not as exposed to the winds of international diplomacy" as Russia.