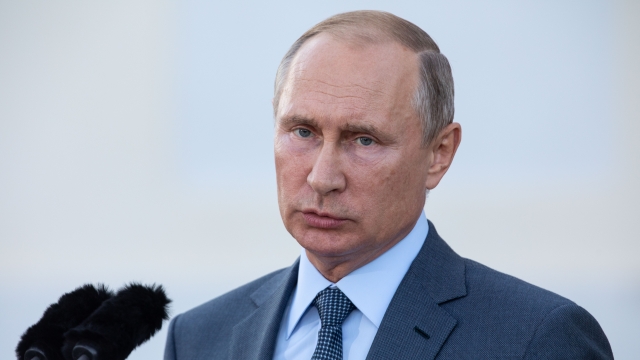 Russian President Vladimir Putin has issued a temporary flight ban to Georgia. That's according to Russian news agency TASS. The ban will go into effect on July 8. The outlet also says Putin ordered Russian citizens temporarily living in Georgia to return to Russia.

They were protesting a visit from Russian MP Sergey Gavrilov. According to TASS, Gavrilov made Georgian opposition deputies mad by sitting in the speaker's chair. Reuters reported he also addressed delegates in Russian instead of in their local language.

In order to understand the protests, you have to understand the history here. Russia and Georgia go way back. Georgia declared independence from Russia in 1991, and tensions between the two increased in 2008 when they went to war over Georgian territories that Russian troops had occupied. Russia still has a military presence in both of those territories and recognizes them as independent.

Georgia's president accused Russia of meddling in its internal affairs. She said in a Facebook post, "Russia is our enemy and occupier. Today, the Fifth Column orchestrated by Russia might become more dangerous than open aggression." Moscow later responded calling the protests a "Russophobic provocation."

The speaker of Georgia's parliament stepped down in response to the protests, which were still happening on Saturday.  Now, protesters are calling on the interior minister to also step down because of violent police response.