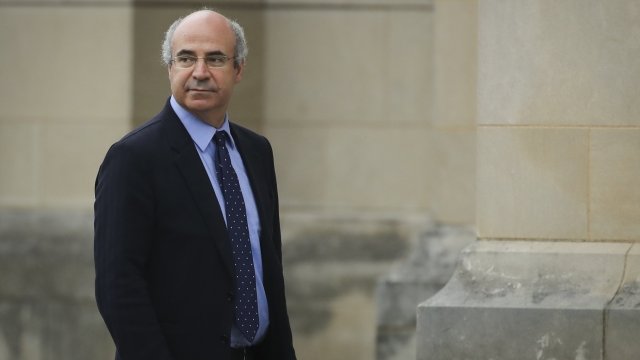 SMS
Russia Issues Warrant For Financier And Kremlin Critic Bill Browder
By Ethan Weston
By Ethan Weston
December 22, 2018
Browder has a history of bad blood with the Kremlin.
SHOW TRANSCRIPT

Last month Russia charged Browder in absentia for organizing what they called a "transnational criminal group." The country also accused him of poisoning his former lawyer, the Russian whistleblower Sergei Magnitsky — while Browder blames the government for Magnitsky's death in jail.

Browder has a bit of a history with the Russian government, including lobbying to pass a U.S. bill which blocked 18 Russian officials and businessmen from entering the country and froze any assets held by U.S. banks.

The new arrest warrant and other charges are unlikely to lead anywhere because Browder spends most of his time in the United Kingdom.

Russia has tried to use Interpol to arrest Browder in the past but the international police agency has denied those requests, for being politically motivated.