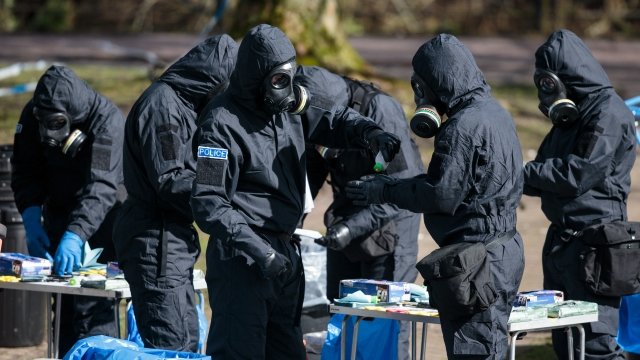 U.K. officials reportedly think a Russian military intelligence service that's been accused of meddling in the 2016 U.S. presidential election is also behind a nerve agent attack on a former Russian spy and his daughter.

The New York Times reports that British investigators' working theory is that current or former GRU agents carried out the March 4 attack in Salisbury.

At the time, U.K. Prime Minister Theresa May and other world leaders blamed Russia for the nerve gas attack. Russia has repeatedly denied any involvement.

On Friday, special counsel Robert Mueller's team accused 12 GRU officers of hacking into Democratic organizations and the Hillary Clinton campaign in 2016 with the intent of influencing the election.

A Kremlin spokesperson denied any GRU involvement in the poisoning of Sergei and Yulia Skripal, telling the Times, "We consider this whole thing a major provocation."