Russia General Compares US Airstrikes Against ISIS To Dresden Bombings 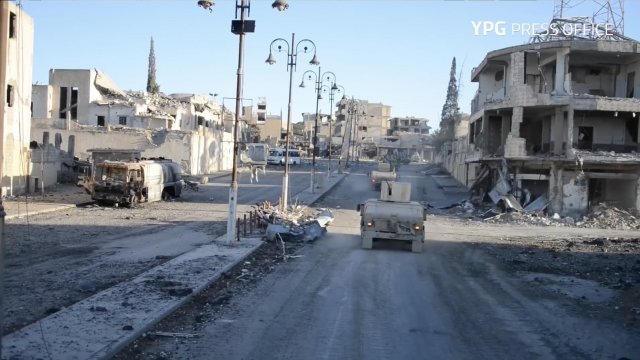 About a week after a U.S.-led coalition retook Raqqa from ISIS militants, a Russian defense ministry spokesman criticized the methods used.

ISIS ruled over the Syrian city for three years and declared it its capital. U.S.-led forces fought within city limits for four months trying to eradicate ISIS.

A monitoring group estimates during that offensive "at least 1,300 civilians likely died as a result of Coalition strikes."

On Sunday, Russian Gen. Igor Konashenkov criticized the air strategy — comparing it to the American and British bombings of Dresden, Germany, during WWII.

Over the course of two days in 1945, Allied planes dropped more than 3,400 tons of explosives on Dresden. In total, between 35,000 and 135,000 people are believed to have died from the bombings and their aftermath.

To be clear, the Dresden comparison was Konashenkov's and doesn't necessarily reflect how Russia's military or political leaders feel about the campaign.

Russia has defended its own airstrikes — including those in Aleppo, Syria, last year. A U.N. commission found between July to December, the Syrian regime and Russia carried out daily strikes that destroyed hospitals, schools and markets.

As of early Monday morning, American officials hadn't commented on the Dresden comparison.