Russia Finds A New Home For Trolls And Bots To Reach U.S. Voters 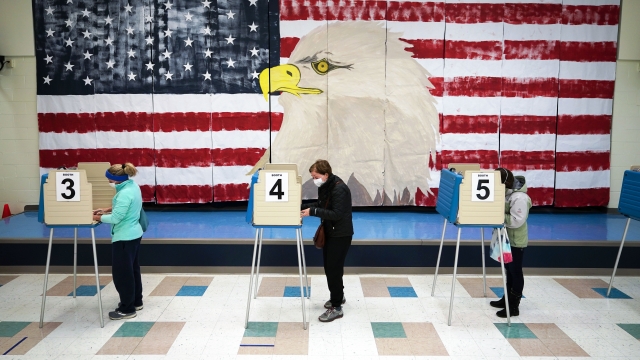 Moscow is once again interfering in the U.S. election.

On the eve of Election Day, the Russian financier behind the Internet Research Agency, a Kremlin-linked troll factory previously sanctioned for meddling, admitted as much: "We have interfered, are interfering and will continue to interfere. Carefully, precisely, surgically and in our own way," Yevgeny Prigozhin said on social media.

Now, an analyst from cybersecurity firm Recorded Future tells Newsy that Russia is exploiting alternative social media sites which have less content moderation – and they're using accounts linked to the same troll factory.

"They will target all of the U.S. population, regardless of their political persuasion. However, we've seen most of this content, the covert content at least, is being published on alternative social media platforms. So not platforms like Facebook, but platforms like Gab and Truth Social, which are typically not as good at moderating their content on the mainstream platforms," said Craig Terron, the director of global issues at Recorded Future.

One account he shared with Newsy posted content on the web forum Patriots.win The messages were critical of the Biden administration and COVID vaccines. Recorded Future said Russia has also been using covert influence operations to erode U.S. support of Ukraine to fight back in Russia’s war.

"This content has targeted far right audiences in the U.S. because the narrative has been picked up by those audiences. The Kremlin then focused on pushing that narrative even more," said Terron.

This came after warnings from the FBI and Homeland Security. Recorded Future also said domestic voices have been spreading false information. Some who deny the 2020 election results are targeting voting machine manufacturers, especially in states with contentious races: Arizona, Pennsylvania and Georgia. And Russia has already jumped on that narrative.