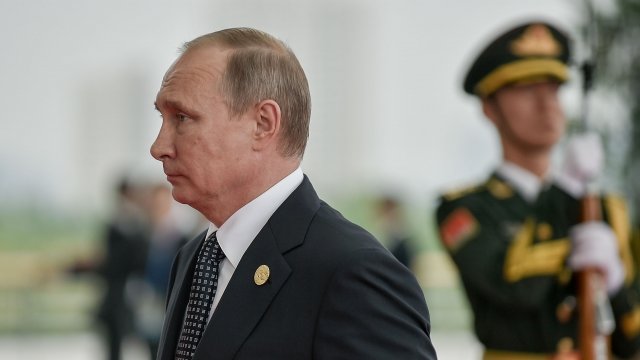 SMS
Russia Boots 23 British Diplomats In Retaliation Against UK
By Lindsey Pulse
By Lindsey Pulse
March 17, 2018
Russia's Foreign Ministry is expelling British diplomats and closing U.K. offices in Russia amid fallout over an attack on a spy.
SHOW TRANSCRIPT

Russia is kicking out 23 British diplomats after the U.K. decided to expel 23 Russian envoys on Wednesday.

Russia warned it would retaliate against the U.K. Russia's foreign ministry said it's also closing the British Consulate General in St. Petersburg and the British Council in Russia.

The measures come amid fallout over an attack on a former double agent and his daughter in southern England. U.K. Prime Minister Theresa May said it is "highly likely" Russia was behind the nerve agent attack.

Russia's foreign ministry made clear booting the diplomats is a direct response to what it says are "groundless accusations." The U.K. diplomats have a week to leave.