After 4 Years Of Strikes, Russia Emerges As Key Player In Syria 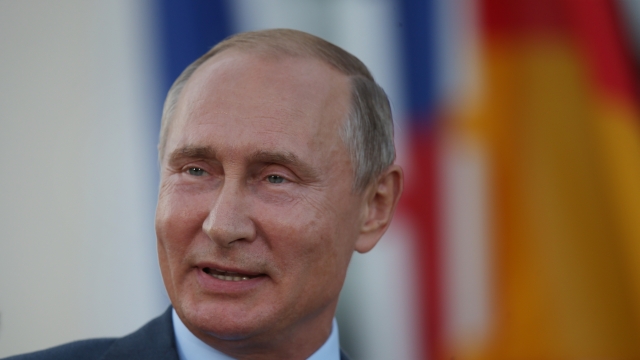 SMS
After 4 Years Of Strikes, Russia Emerges As Key Player In Syria
By Adam Elrashidi
By Adam Elrashidi
October 23, 2019
After more than eight years of war, Syrian President Bashar al-Assad has managed to maintain power with the help of the Russian military.
SHOW TRANSCRIPT

Syria's civil war has raged on for more than eight years. What began in 2011 as a popular revolt against President Bashar al-Assad spiraled into a bloody humanitarian crisis fueled by the world's biggest players, including the U.S., Russia, Iran, Turkey and the Gulf monarchies.

Assad, though, has credited Russian intervention for "saving Syria." Russia is a longtime ally, and Russian President Vladimir Putin has often pushed Damascus to negotiate a peace deal.

Russia entered the war in 2015 at the request of Assad's government. Russia had previously supplied weapons and training to Assad's forces, and Russian support allowed the Syrian military to retake territory throughout the country.

But critics of the Russian intervention say the Kremlin is shielding Assad from scrutiny over alleged human rights abuses, like the reported use of chemical weapons. Monitoring groups like Human Rights Watch and Amnesty International have also frequently accused Russia of downplaying the civilian cost of its airstrikes.

This timeline details just some of Russia's operations in Syria since becoming engaged in the war four years ago:

September 2015: Russia launches airstrikes against so-called "Islamic State" targets near Homs province. It was Russia's first major military action beyond the former Soviet bloc since the end of the Cold War.

March 2016: Russia says it will begin withdrawing troops from Syria, but it continues to maintain a military presence in the region.

September 2016: Russia gives air support to Syria's offensive in Aleppo. The campaign reportedly results in the deaths of aid workers and civilians in the area. U.S. and Russian officials agree to coordinate airstrikes against so-called "jihadist" groups, including ISIS. The deal is made, in part, to help bring humanitarian relief to besieged areas.

November 2016: Russia carries out "massive strikes" against targets in Idlib and Homs provinces.

December 2017: Putin declares victory over the Islamic State and once again orders the withdrawal of Russian troops.

September 2019: The United Nations Commission of Inquiry on Syria reports that both the U.S.-led and Russian-Syrian coalitions have either wounded or killed civilians — a war crime.

And recently, an investigation by The New York Times found that the Russian Air Force bombed four hospitals in May over a 12-hour period — a charge dismissed by a Russian foreign ministry spokesman.