Russia Denounces New US Sanctions On Iran As 'Illegal' 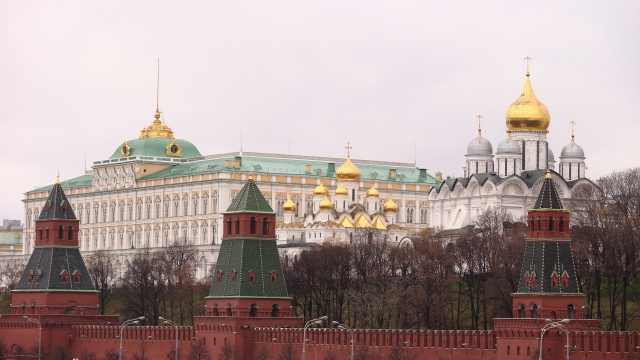 The U.S. has slapped Iran with more sanctions. Iran shot down an unmanned U.S. military drone last week. Tensions are high. And Russia is right in the middle of it all.

The country has denounced new U.S. sanctions on Iran as "illegal," saying the U.S. is trying to start an economic war. Kremlin spokesman Dmitry Peskov said Monday: "We consider these sanctions as illegal. This is all what I can say." He had nothing to add when he was asked later if Russia planned to respond to the sanctions because they could affect Russian interests.

But Russia's deputy foreign minister told state media Monday that Russia and its allies will take steps to counter the new U.S. sanctions ... although he didn't expand on what that could mean. He said: "All this is a reflection of a wider paradigm, which now seems to be the basis for the U.S. foreign policy and is aimed at substituting the international law and universal mechanisms of international problem-resolution with its national legislation and unilateral steps ... We will continue to counter this policy."

President Donald Trump imposed "hard-hitting" sanctions on Iran Monday that will bar Iranian officials from accessing key financial resources and support. U.S. sanctions on Iran have gradually gone back in place after President Trump pulled the U.S. out of the Iran nuclear deal last year. In May, Iran started to roll back some of its commitments under the nuclear deal after issuing its remaining parties an ultimatum: Lessen the pressure put on Iran by U.S. oil and banking sanctions within 60 days, or Iran will "suspend compliance with the uranium enrichment limits" and take measures to update its heavy water reactor.

Iran is working with several countries, including Russia and China, on monetary treaties to "cushion" the effect of U.S. sanctions.

And amid all of this, the U.S., Israel and Russia are meeting for a summit. There, officials are expected to discuss Middle East security and pressure Russia to end its alliance with Iran.